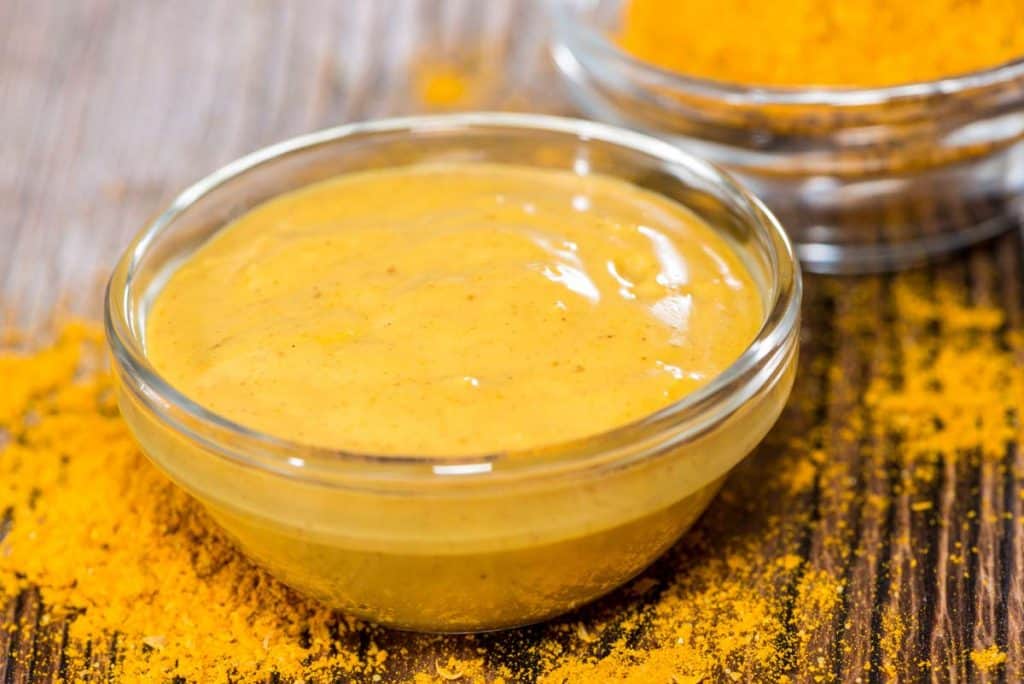 If you want to give it an aromatic, different and exquisite flavor to your dishes prepare this recipe of Curry Sauce that we show you here.

One of its best advantages is that you can use it to accompany varieties of dishes of meats and vegetables. Also it is perfect to prepare chicken, fish and pastas, a simple way to taste delicious recipes where there stands out the peculiar flavor of the mixture of the spices of the curry.

The Curry Sauce is originally in the Hindu gastronomy, though its term was adopted as the first time by the English language.

The English merchants named it of its form to describe the delicious stewed dishes with broth of varied spices that were served in the subcontinent. Nowadays the curry is in used of multiple ways in the international kitchen and there exists a great variety of recipes of this sauce.

As well as there is also exist diverse types of curry, though all with the peculiarity that it is distinguished, a lightly hot flavor, yellowish and very aromatic color.

Do you know what the curry is and where it comes from?

The curry comes from the south zone of Asia; its highest popularity was gotten in the India during the 19th century. It was introduced by the English men in Europe untill conquering other parts of the world.

At present, it is known and very used in every continent of the planet, in addition it is known by the Hindu word “Tarekari” that it means humid

It is composed by an aromatic mixture of several spices as the cúrcuma, the coriander, ginger, cinnamon, cardamom, basil, nutmeg, cumin and cayenne pepper.  Sometimes, it is also added garlic, onion and mustard and even it can contain chili and tamarind.

Everything depends on the region where it is prepared and the spices are added to the mixture, equally its color changes according of his content.

Do you know all the types of curry that exist?

The best variety for using in the recipe that today we bring you is the curry in powder and comes from the India. Even this way, there are different types of curry that you must keep in mind at the time of choosing the dish that you are going to prepare. The varieties of curry are divided in three principal groups:

That is the most common and the one that it is well known for the majority of people it is presented as a mixture in powder of several spices.

It has consistency of pasta or crushed, the most well-known are that of red color, the yellow one and the green one.

They are a few blocks of pressed pasta that are added to the food while they are cooked, dissolve with the heat contributing intense flavor and agreeable aroma.

The consistency of the sauce must remain thick, for this reason it is that the cream is used, though it is understandable that is not of the pleasure of all. Therefore, below we also explain to you all the variants of this recipe in order that you should prepare your favorite.

Even replacing the cream, or using it, if you are vegano, we give you excellent options in order that you do not stop enjoying this delight. But that is not all, also we offer you other variants for you trying on in different dishes and could choose which you have liked the most at the end.

Therefore, if you want to know how to make a homemade curry sauce it continues reading until the end since we explain to you step by step in order that you should prepare it right now. The recipe that we offer you later is the basic one and contains scum, from this one you can make the variants that you wish

We assure you that the result remains marvelous and with an unimaginable flavor to accompany your preferred dish with meat, fish, vegetables or pastas. You don’t have to wait for the opportunity to visit a restaurant to taste the famous chicken with sauce of curry because you can do it all the times whatever you want and in the comfort of your house.

How to Make Curry Sauce 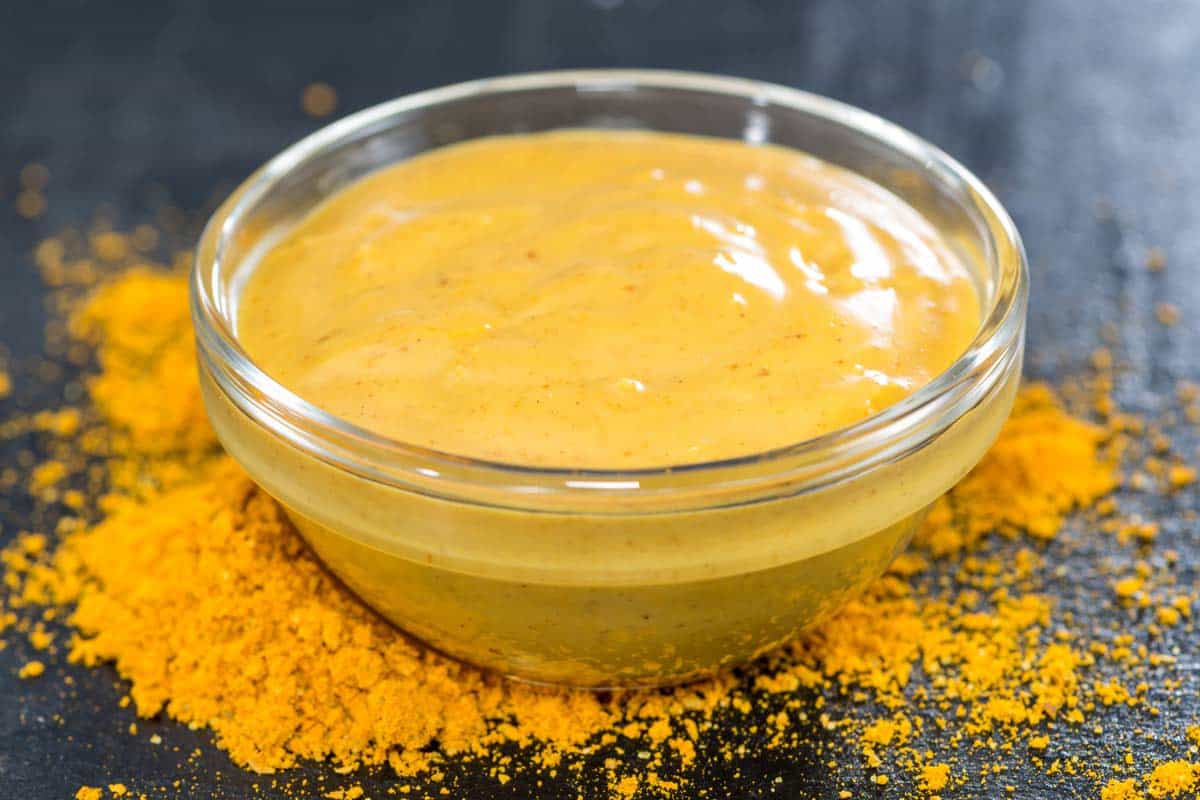 Take delight with the exquisite Flavor of the Curry Sauce we teach you how to prepare it at home of an easiest and rapid way that you could imagine, in addition we explain other variants to you in order that you should choose your favorites.

The first step is to cut finely the onion and to crush very well the garlic clove.

Then we prepare the fried slightly in oil with these two ingredients in a warm frying pan with a jet of oil to average fire, add a pinch of salt, remove and we let it to cook 5 minutes until the onion has a transparent appearance.

Later, we add the broth, the Curry and mix well.

We let to cook during other 5 minutes.

Past this time, we incorporate the cream and the pepper. We rectify the point of salt, remove it in order that it gets mixed with the rest of the ingredients and cook it during 10 more minutes in order that the sauce get thicken.

When the sauce has the consistency that we wish, we remove it from the flame, and this delight of intense flavor is ready to accompany the dish that you choose.

If you do not have broth of vegetables you can replace it with the same quantity of water, equally if you are going to prepare chicken you can use broth of chicken to heighten furthermore the flavor.

In the same way if you prefer you can add more quantity of curry and pepper, everything depends on your tastes.

Each lover of the kitchen has his own secret and forms of preparing this sauce, so, in many occasions it depends on the imagination on the one who cooks it. Likewise, the present ingredients in the recipe depend on the culinary preference of every cook or on the possibility acquiring them.

For example, the recipe that today we offer you, it deals with cream in order that the sauce has the thick consistency that characterizes it, but if you prefer you can replace this ingredient with other one. To do curry sauce without cream only you must use milk and cornflour to obtain a similar result.

This recipe also can be made by 250 ml of yogurt, if it is a Greek much better. Both variants give a sauce with more light texture but equally of delicious and intense flavor.

Whereas, if you get inclined for the vegana food, there exists a perfect option for you and consists of replacing the cream with 1 cup of milk of coconut and this way you obtain the recipe of curry sauce with milk of coconut.

Other one of the forms to make a recipe of curry vegana sauce is 200 add ml milk of almonds and add a teaspoonful of cúrcuma if you please. If you have at home a Thermomix and want to make a good use of it, why we cannot prepare an exquisite curry thermomix sauce?

In this case, only use 250 ml of milk (that of your preference), 3 yolks of egg, 2 spoonfuls of curry in powder, a pinch of coriander and salt and pepper to your taste.

Program your Thermomix and kitchen during 4 minutes, in speed 4 and to a temperature of 80ºC after all add the ingredients except the cut coriander that is for the end. You will see how in a little time you will be enjoying a delicious sauce to serve with your favorite dishes.

In addition, you can add white rice on having served it with chicken, meats of pork and veal or fish since they combine perfectly.