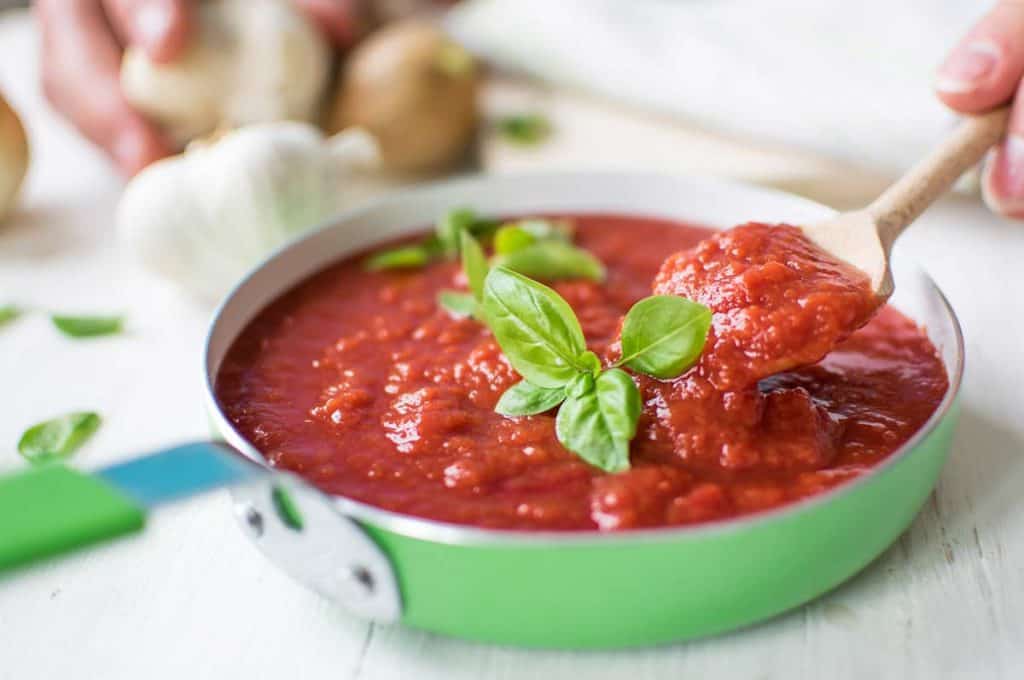 Pomodoro sauce is one of those ingredients that becomes essential when we’re talking about good food.

It’s also known as tomato sauce, and it’s part of a vast variety of dishes you probably already know.

This is why we want to invite you to read this article in which you’ll find all you need to know to accompany your meals with this exquisite traditional tomato sauce recipe.

What’s the origin of Pomodoro sauce?

The true origin of Pomodoro sauce is still unknown, although most sources locate it in the XVIII century in the region of Naples while others in Mexico.

The truth is that its main ingredient- from which its name derives- the tomato, is considered native to Italy, where it was called Pomo d’oro, which means golden apple.

This name is due to the fact that the first varieties of tomato that arrived to the European continent were yellow-colored.

Nevertheless, the first historical reference of the use of tomato sauce in cookery dates from 1692.

It’s registered in a cookbook as an ingredient of three recipes using tomato and it was described by a minister of the Spanish viceroy Antonio Latini.

Later on, it was registered in another cookbook, this one of Neapolitan cuisine, published in the year 1773 and written by the cook Vicenzo Corrado.

In 1970, it appeared for the first time as a complement for pastas in a book by a well-known European chef named Francesco Leonardi.

Nevertheless, experts who study cooking and its historical evolution question that this was the first Neapolitan use of tomato sauce.

Years later, in 1860 the city of Naples was recognized as the home of tomato sauce for pasta.

Shortly thereafter, in 1889, this very city became popular for the use of the tomato sauce in pizzas.

Despite these facts, other theories suggest that the first written reference of tomato sauce dates to 1550 and it was found among the notes of a Franciscan friar named Bernardino de Sahagún.

This man had worked in Mexico as a missionary and in the interests of adopting and exploring different food cultures, he used to take notes of the food he tasted.

Shortly after, these notes became known in Italy as part of culinary identity of the nation; which over time got more and more popularity.

There are many variants of Pomodoro sauce. Each person can add new flavors and different ingredients that enrich and improve its flavor.

One of the most popular variants is to add some ripe peppers that will give a slightly bitter flavor that many people like.

Another one of the options consists in adding a tablespoon of sugar to the original recipe. This one is highly used especially in Italian cuisine, in order to get the bittersweet flavor we all love as a complement for pastas, pizzas and lasagnas.

Another alternative and highly used option consists in adding, among other ingredients in the recipe, half a carrot.

For those who prefer a stronger flavor and a crunchy texture it’s worth noting that among the variants of this famous sauce, a portion of Parmesan cheese can be added among its ingredients.

How to make Pomodoro sauce?

Since it’s considered a very useful sauce because of the great amount of dishes it can accompany, Pomodoro sauce is one of the easiest and most useful options you can learn to prepare.

When preparing it at home, we free ourselves of artificial ingredients and we’re sure that we’re using only the most natural, healthiest and necessary ones to prepare it.

It’s been highly used to accompany pizzas, pastas and meats; nevertheless, only our imagination can limit its use in cooking. 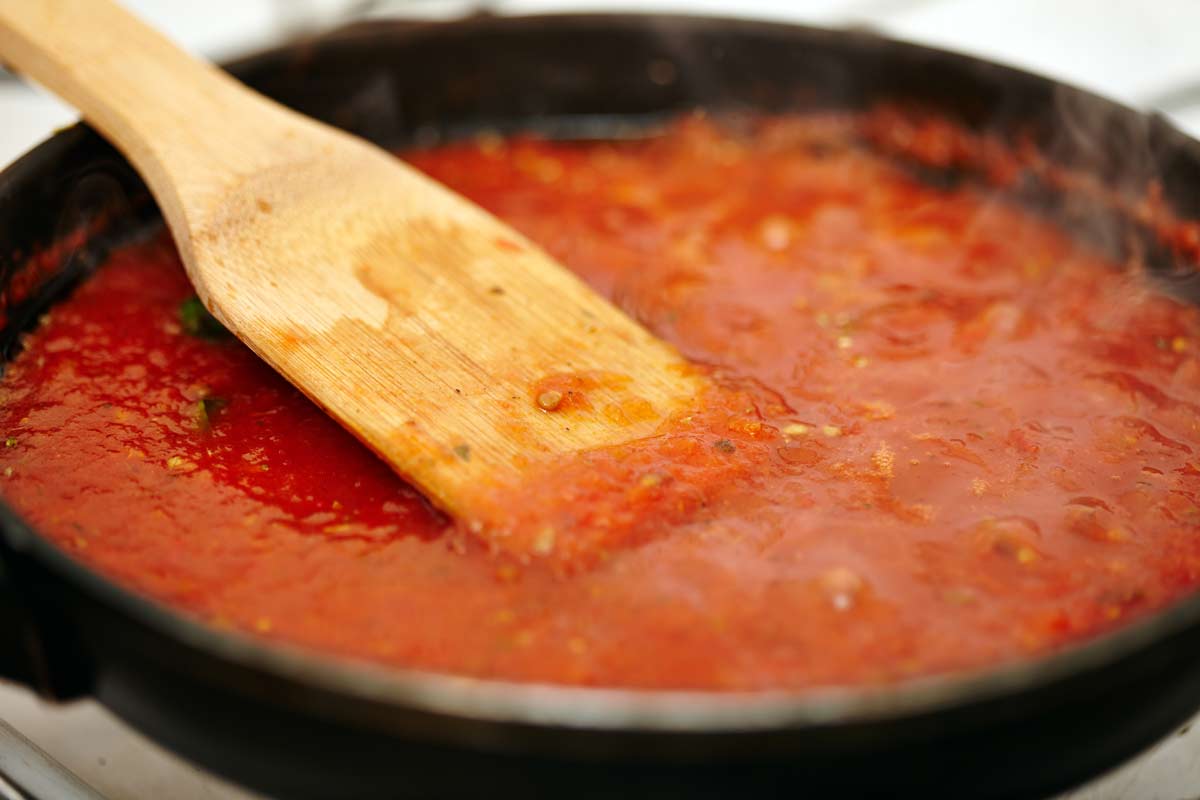 Learn everything you need to know to prepare a delicious and natural Pomodoro sauce, perfect to accompany your favorite dishes.

First, put the tomatoes already clean in the blender and blend them until getting a mixture.

Next, put a frying pan on the stove and add the oil. Once it’s warm, add the onion, the stick of celery and the oregano. Sauté until the onion becomes transparent.

Let it rest for about 2 minutes and then add it to the mixture of tomatoes you have in the blender. Blend once more until all the ingredients are mixed.

Drain the resulting mixture using a strainer and then pour it into a pot. Add the pepper and cook it on low heat.

Stir frequently and let it boil for 30 minutes. The time will depend on how thick you’d like the tomato sauce to be.

If what you’re looking for is quite a thick sauce, you can leave it on low heat for 45 minutes or more. Thus, the sauce will be half evaporated and it’ll have a thicker consistency.

At the end, season with the salt and let it cool.