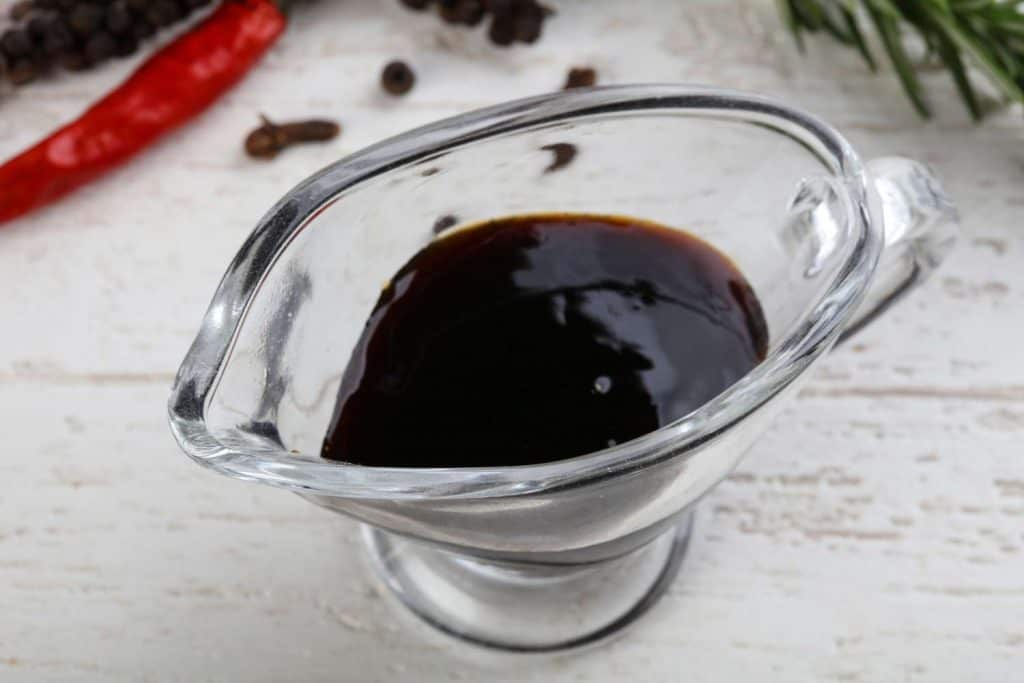 When we talk about Japanese cuisine there is one thing to comes to mind: its delicious Teriyaki sauce, a perfect complement for roast meats.

Roasted or grilled, the thing is that in any dish we use it, it is going to have an unprecedented taste.

This sweet marinade drives everyone who tastes it crazy, but first it dazzles anyone who sees it due to its appearance. In fact, its name is due to this very aspect. Did you know that teriyaki is the combination of two words? It is indeed, on one side we have teri that refers to the brightness of the sauce, and on the other we have yaki, which refers the method of cooking, in this case, roasting.

Teriyaki sauce cannot be left out of dinner if we want to have a fast and delicious meal.

The history of this sauce comes from the seventeenth century, when the first Japanese immigrants arrived in Hawaii.

When they settled down in this city they experimented combining both countries‘ traditional cuisines.

As time passed, they found out that the mixture of red sauce with pineapple juice results in a distinctive sweet flavor.

They started using it in fish-based dishes and then afterwards with any kind of grilled meat.

Over time, the formula improved until it became the one we know today.

The amount of sugar in the Teriyaki sauce is the reason it is so sweet.

Nowadays, there are many traditional recipes using this sauce such as chicken in Teriyaki sauce or salmon with Teriyaki sauce, along with other kinds of meats and fish such as tuna, trout, mackerel and others.

What does the teriyaki consist of?

The teriyaki technique has been used historically in Japanese cuisine; for this reason it is emblematic in traditional Japanese dishes.
It consists of cooking the meat by roasting it submerged in a sweet marinade and glazing it several times with the same sauce.

Where to buy Teriyaki sauce?

You can get this sauce at any supermarket in your city since it is very common. Otherwise, you can get it on online supermarkets such as Amazon, Walmart and others.
Even though you can buy it in its original bottle, our recommendation is to make the sauce yourself.

There is nothing compared to making your own recipes, although it is true that buying it saves us time.

But here is the good news: this recipe is super simple and easy-to-make, so you will not overwhelm yourself with long hours of cooking.

There are several methods used to prepare Teriyaki sauce, that is why there are different versions. The recipe we show you today is the classic one. We will explain other ways of preparing it below.

Typical of Japanese cuisine, Teriyaki sauce has a sweet and delicious taste that is perfect for preparing roast fish and meats.

How to make teriyaki sauce

Chop the garlic and the ginger thinly

Dissolve the 2 spoons of corn starch in 1/4 of a cup of cold water.

Mix all the ingredients in a pot and cook on medium heat, stir constantly

Let it boil for a couple of minutes until it gets thick, without stopping stirring so that it doesn’t stick to the sides of the pot.

Remove from the fire and let it cool at room temperature.

if you think it is too thick, add some water. Similarly, you can add another teaspoon of sugar or honey if you’d like it to be sweeter.