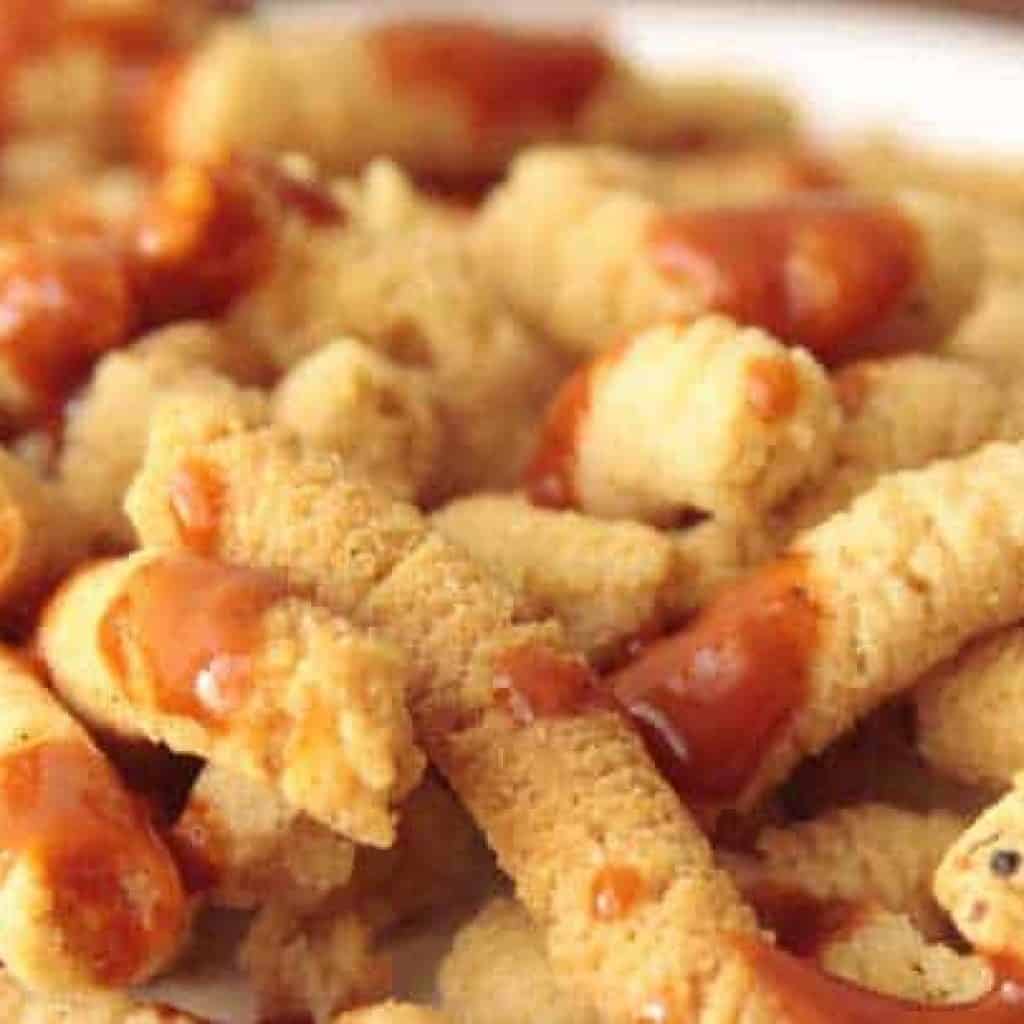 One of the most-famous and most-consumed products in Mexico is Valentina hot sauce, a spicy marinade that comes from Jalisco city.

Valentina sauce is present in most Mexican homes and street food stands.

It is used for almost everything, and it is so incredible that it is considered a spicy delight and it is added to their meals.

From potatoes with Valentina hot sauce to vegetables, soup, fish and popcorn, you can use this sauce for everything that comes to your mind.

If you make a trip to Mexico, you may become addicted to this sauce and miss it once you’re back home.

But be careful; although it has a strong flavor and can be use with almost any dish, it must be consumed with precaution, because it can increase gastric juice production and cause gastritis.

That is why we recommend that you enjoy this sauce any time you wish with any meal you would like, but always keep in mind that everything in excess is bad for health.

The true origin of Valentina hot sauce comes from the 50´s in a sugarcane community in Jalisco.

Gilberto Reyna lived in Tamazuela de Geordiana and he is well known for being the creator of El Torito.

El Torito was a very popular sauce during those days among the people who lived in that area.

Even people from nearby cities used to have that sauce even though it was a homemade recipe only distributed in local stores.

The bottle of this sauce had no trademark and the sauce was bottled in barrels, even though it was very famous and in demand.

The nearby communities did not stop buying this product, and it was then that Manuel Maciel Méndez had a brilliant idea.

Manuel was an ice bar salesman and after noticing how much this product was in demand, he made his entrance into the culinary world.

He proposed preparing recipes of familiar sauces until he created Tamuzala sauce.

This became the predecessor of the Valentina, because both of them have similarities in their ingredients and flavor.

After some combinations, the final product was ready and the family enterprise was created in 1964, which was founded by the creator of the delicious recipe. The enterprise had its headquarters in Guadalajara, Jalisco; and its name was Tamazuela Group, honoring the name of the sauce.

After this important step and how successful it was in the market, other sauces began being derived from the Tamazuela and that was how Valentina was created.

Do you know the proverb: “in Tamazuela a woman is as sweet as its sugarcane, but as brave as its sauce”?

Well, this is precisely where the name comes from, in honor of a brave woman that joined the Mexican army. She was a 17-year-old young woman named Valentina Ramírez Avitia, who in very little time was promoted to first lieutenant. She fought under the pseudonym of Juan Ramírez and dressed as a man until a soldier saw her braids and denounced her, causing her to be discharged.

What is the Valentina hot sauce made of?

This spicy delight has natural ingredients and sodium benzoate as a preservative.

These are the ingredients we can see on the label of the bottle. But, did you know there are two versions of this recipe?

Versions of the Valentina sauce.

The two types of this product sold in the markets are:

Do you want to know how to make Valentina hot sauce? Next, we will show you the best homemade recipe to prepare it.

Valentina hot sauce is a classic among the seasonings in Mexican cuisine, well known worldwide due to its strong and spicy flavor.

How to prepare valentina hot sauce

Toast it for a minute and after that set it aside.

Boil the water and add the corn starch. Then, take it off of the stove.

Serve in a glass bottle and let it cool.