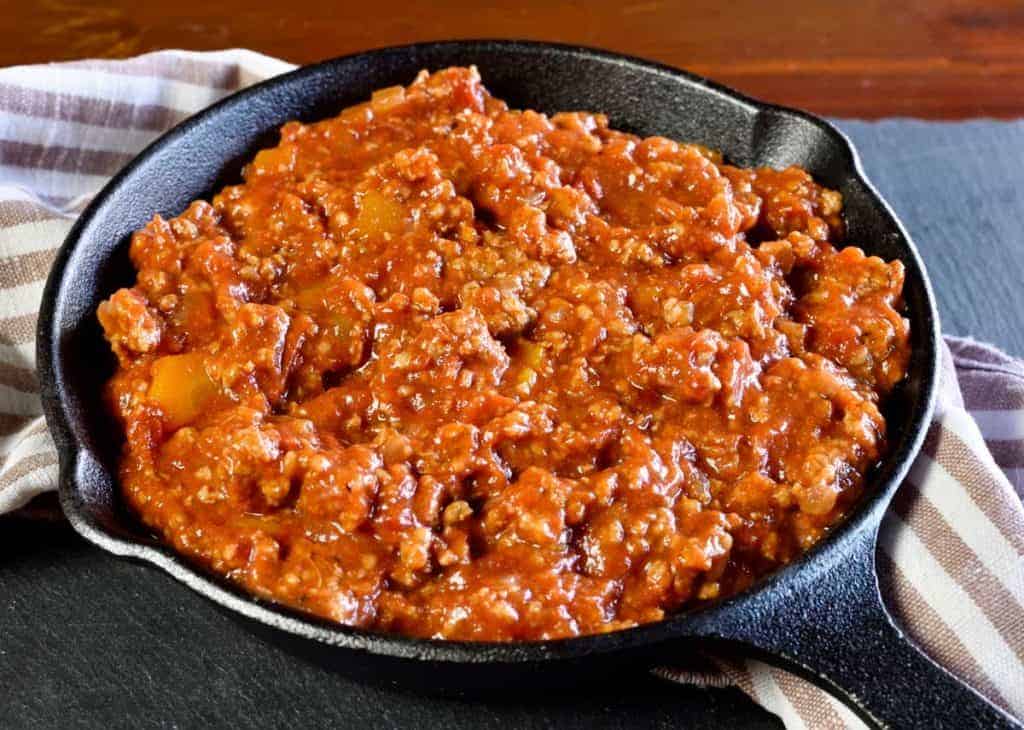 The authentic Italian Bolognese sauce is one of the most well-known and enjoyed sauces in every region of the planet.

It is, without a doubt, one of the most representative sauces of Italian cuisine, with a delicious and strong flavor, known as ragù alla bolognese which means “renew the taste” or “stimulate the flavor”.

Its popularity is extraordinary, not only among Italians but also among people from all over the world.

The best thing is that you can enjoy this traditional sauce at home, anytime you’d like because it is very easy to make.

But, if we talk about the true Bolognese, it has to be made well, just like the Italians, the creators of this sauce, do.

This is the reason we will explain to you today every detail of this sauce so you can prepare the authentic recipe on your own.

But, like all good recipes, it has an extraordinary history preceding it. Let’s learn about its origin and how it became one of the most appreciated sauces of the XXI century.

Origins of the Authentic Bolognese Sauce

The origin of this sauce comes from the Middle Ages in Bologna, a city located in the Emilia-Romaña region of northern Italy.

It all started in the times of Ancient Rome, when Roman soldiers tasted meat ragout for the first time, a recipe based on meat stew.

They were the ones who brought it to Italy for the first time, and from that moment on it became a typical preparation of Italian cuisine.

But the secret of the Bolognese sauce we know nowadays, did not stop there, because with the passing of time, variations of the sauce were created.

First, the amount of meat used decreased, then vegetables and spices were added to intensify the flavor.

Nevertheless, it was not used as a complement for pasta, until Mastro Zafinaro, a famous cook invented “le tagliatelle alla bolognese”, an exclusive dish for the wedding of Lucrezia D’Este and the Duke of Ferrara.

From then on, Italians began to consider the dish a tradition, and served in their homes and restaurants.

Its meaning is so important for the locals that in 1982 a Bolognese delegation gave the original recipe to the Trade Chamber in order to maintain its continuity.

However, although we relate the globally-known spaghetti and Bolognese to Italian cuisine, this is a big mistake.

In Bologna and the rest of Italy, this is not considered a traditional dish, that is why it is impossible to find a place where it is served.

This is one of the most popular recipes in the West and the rest of the world, where Bolognese sauce can be found served as a complement to any kind of pasta. 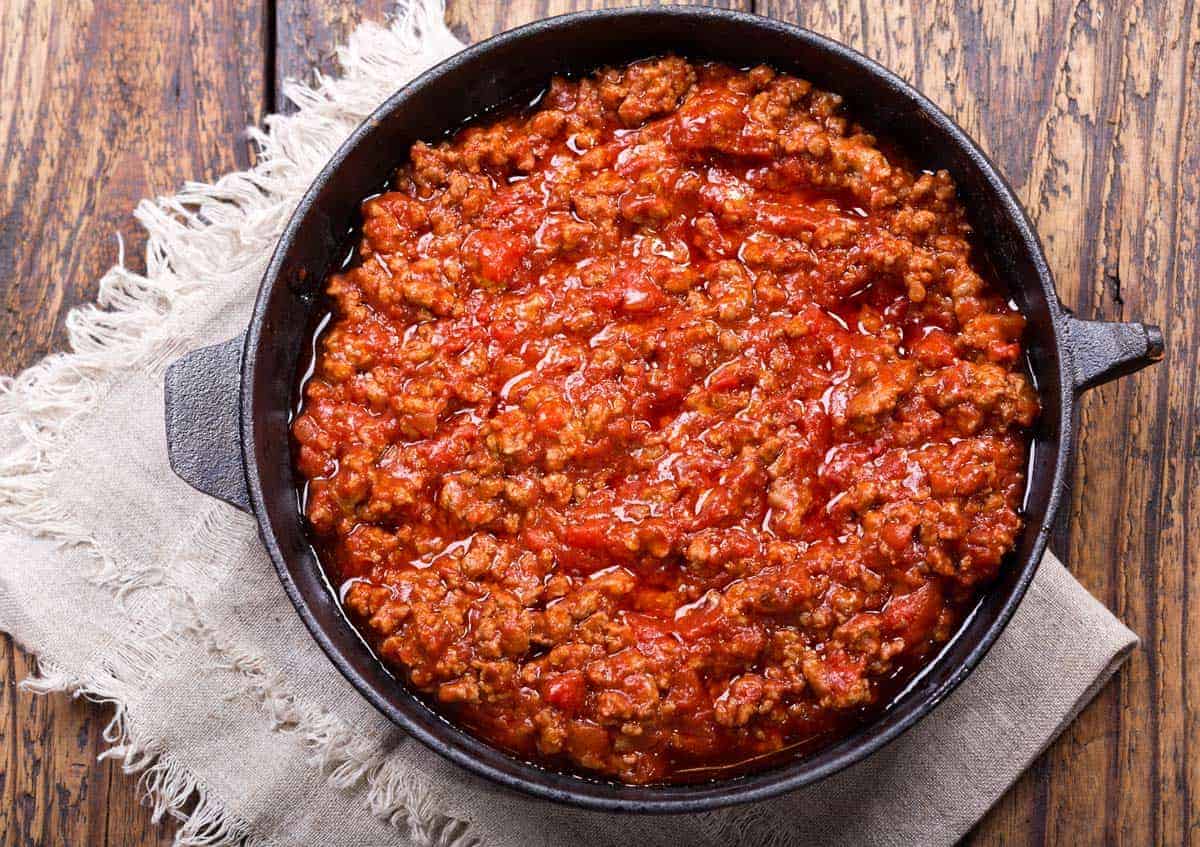 An authentic Bolognese sauce Italian recipe, a classic in Italian gastronomy you cannot help but taste, is delicious and easy to make.

How to make Bolognese Sauce

Dice the onion, the carrot and the celery, slice the pork and chop the garlic.

Heat up the olive oil in a frying pan and when it is hot add the onion, the carrot, the celery, the garlic and the previously-cut pork. Sauté for 10 minutes.

Add the meat and using a spoon break up everything into small pieces. Sauté for 10 or 15 minutes on medium heat. Season with salt and pepper as desired.

Add the red wine and cook until the alcohol has evaporated (this is when we do not smell alcohol in the steam coming from the sauce).

Add the tomato and cook on low heat for about an hour. Take it off of the stove and serve hot.

To keep it in the fridge, it is best to use a glass jar