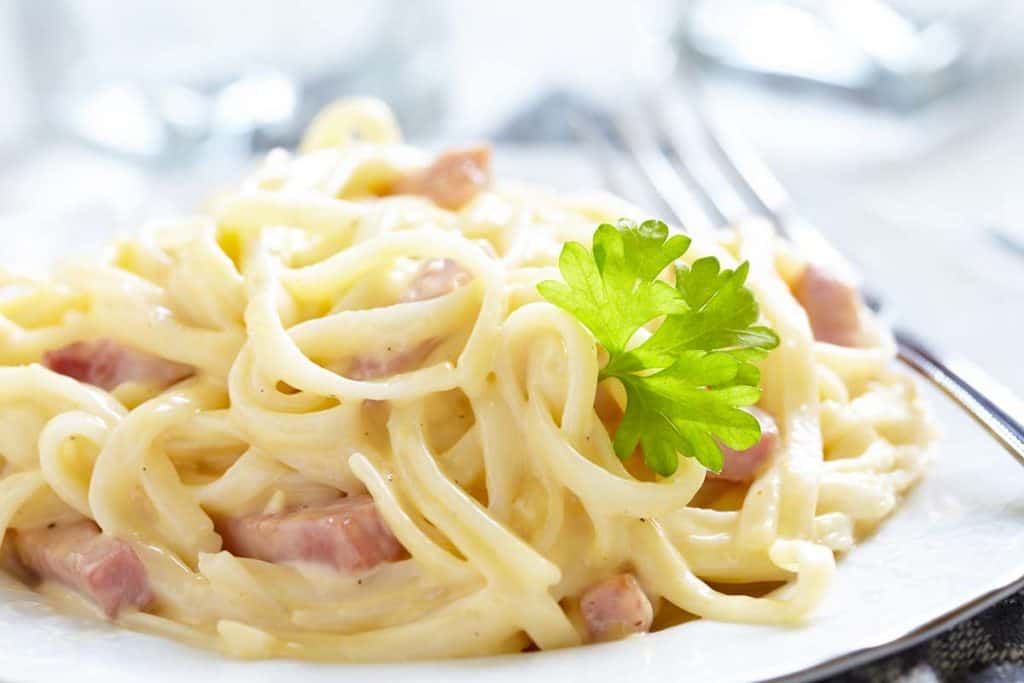 Carbonara Sauce is one of the most-used gastronomic delicacies in traditional Italian cuisine.

This sauce is usually paired with pasta, and spaghetti is usually the pasta of choice, although it can also be enjoyed with fettucine, tagliatelle, rigatoni and bucatini.

What is the origin of Carbonara Sauce?

Its origin is confusing, that is why no single theory can convincingly confirm where this popular sauce was created.

Carbonara is the Spanish translation from an Italian word, carbonari, and both of them come from the noun carbon.

One of the most-told stories explaining the origin of Carbonara Sauce is the one told by the coal miners in the Apennines in Italy. In this version, the name comes from the meal these miners used to have at work. They used to use the few ingredients they had in the larder to prepare a kind of sauce to have with the pasta. They cooked cured pork jowl while preparing the pasta, which in turn was what they used to prepare the sauce. They also added a beaten egg when it was still hot, which gave it more creaminess. They used to remove everything very quickly and eat the pasta all at once so that the egg did not coagulate with the rest of the ingredients.

There is another theory that says that the name comes from the black pepper used in this sauce, which can be understood to be similar to coal.

Another hypothesis is that it started to be known during the Second World War, when the American soldiers received a great amount of eggs and bacon and were asked to prepare a different dish using the same ingredients. According to this theory of the invention of the carbonara, that is why the use of bacon became popular, even though it is not used in the original Italian recipe.

Even without a sure certainty of where it came up, this is such a lovely dish that every time we taste it, we just become delighted, and it is our hope this will happen to you too.

Did you know that Rome is the Italian city renamed as the homeland of the Carbonara Sauce? That is why you will find in absolutely all its trattorias at least one dish with this traditional sauce on the menu.

How to prepare the original Carbonara Sauce?

Despite many of its variations, including with cream and onion, the authentic Carbonara Sauce recipe could not be farther from this.

Its true elaboration is made by cooking guanciale (cured jaw) in hot extra virgin olive oil, which is then is mixed with a beaten egg and grated cheese, which can be Roman pecorino or parmesan. A pinch of black pepper can also be added and in some occasions even salt to set off the flavor. Then, we can have it with the pasta we have chosen.

People have different opinions about how to add the eggs. The majority says that the whole egg must be used, while the other part prefers only to use the yolk.

In our opinion you can use both techniques, but we must say that if you only use the yolks, the sauce will have a stronger flavor.

One of the limitations of the original sauce is that it cannot be reheated in a microwave because it gets a rubbery texture. That is why it is better to have it immediately after preparing it. On the contrary, if you choose to eat it later, you should heat it up in a container with a splash of oil to prevent the sauce from sticking to the container.

For Italians it is very important to keep the authenticity of their recipes. Because of this, they do not recognize the carbonara as just a sauce recipe, but as a dish: with only spaghetti as the legitimate pasta to pair with the carbonara.

The version of this Italian recipe, commonly used, is the one with cream.

This version is mostly known outside of Italy in countries such as Spain, that is why the result is different from the original version.

There are also some variants that use pork belly instead of guanciale, and even in some places onion and garlic are added.

Also, it is common to use butter or lard instead of olive oil.

But none of these versions honor the original carbonara sauce that came from Italy. That is why, if you want to enjoy this dish and move from any part in the world to the heart of Italian cuisine, we invite you to prepare the original recipe. 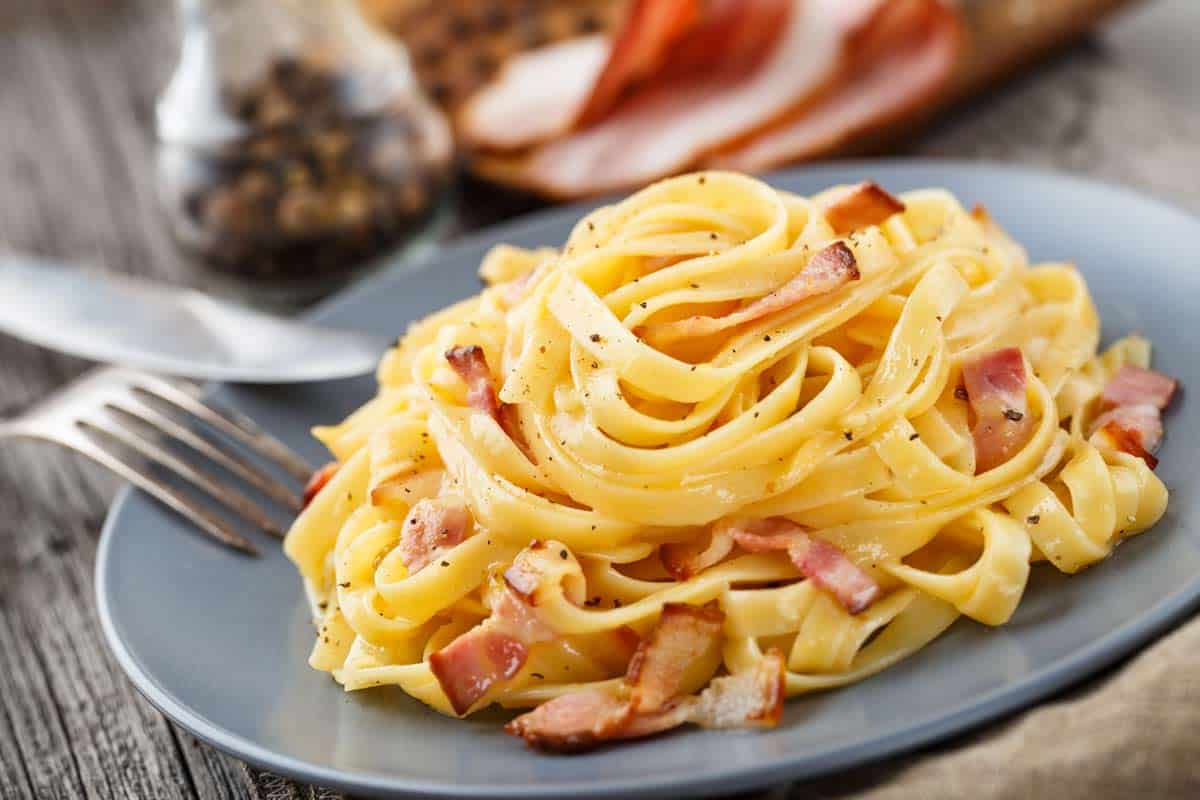 We have explained the step-by-step instructions of the Carbonara Sauce original recipe, one of the most well-known dishes of Italian cuisine.

How to prepare homemade carbonara sauce

Heat up the olive oil in a frying pan on medium heat and when the oil is hot, add the strips of guanciale.

Reduce the heat and cook the strips until they become golden, then take them off of the fire and set them aside.

Meanwhile, in another container, add the eggs, the grated cheese, and the black pepper. Beat everything until it is well mixed.

The last step to get the sauce ready and to get the creamy texture is to mix both preparations with the pasta of your choice. In order to do this, mix them while the pasta is still hot; the heat will ensure that the eggs will reach a good cooking temperature that will not cause them to dry.