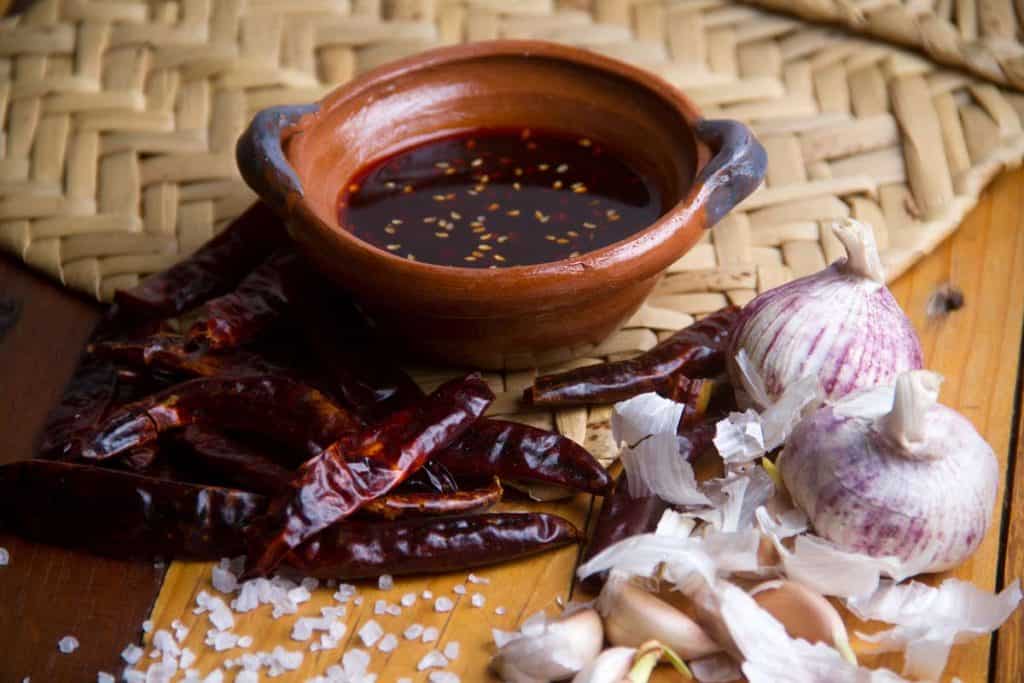 The exquisite salsa macha is without a doubt one of the most intense sauces, and due to that it is one of the best parts of Mexican cuisine.

It represents a special choice to combine with different dishes, although rest assured that it’s a complement of par excellence to the famous Mexican tacos.

Nevertheless, it’s been used as well in eastern cuisine, and these days it’s preferred by many as a complement to a delicious pizza.

It’s characterized by having a strong and spicy flavor that, contrary to what usually happens with these kinds of sauces, doesn’t decrease over time.

History of the salsa macha

Veracruz is recognized as the birthplace of this delicious sauce, specifically in the areas now occupied by the cities of Orizaba and Córdoba.

The chili has been a special ingredient in Mexican cuisine since 7500 B.C., since they were already use during prehistory in the elaboration of salsa macha.

However, nowadays this fine and spicy Mexican sauce has successfully added its presence to European and North American kitchens.

How to make salsa macha?

Salsa macha is very easy to make, you only need to have a few ingredients and you’ll be enjoying its mouthwatering flavor.

Although quite common in other Mexican sauces, this one doesn’t use green tomatoes or any other type of tomatoes and instead, its principal ingredients dry tree chili.

So, it will be characterized by a strong and spicy flavor from which its name comes from, since only the machos (a popular way to call brave men) usually have it.

Salsa macha is not very liquid, so it’s characterized by a more solid consistency when compared to other sauces.

Although its traditional preparation is made using a mortar, it can be prepared using a blender, which will reduce the preparation time.

Variants of the salsa macha

As with many other recipes, salsa macha has some variants depending on the country it’s prepared and consumed in.

One of the most common proposals is to add to this recipe 4 tablespoons of peanuts and a teaspoon of brown sugar.

Another variant suggests to add either a quarter cup of sesame seeds, almonds or cocoa seeds. 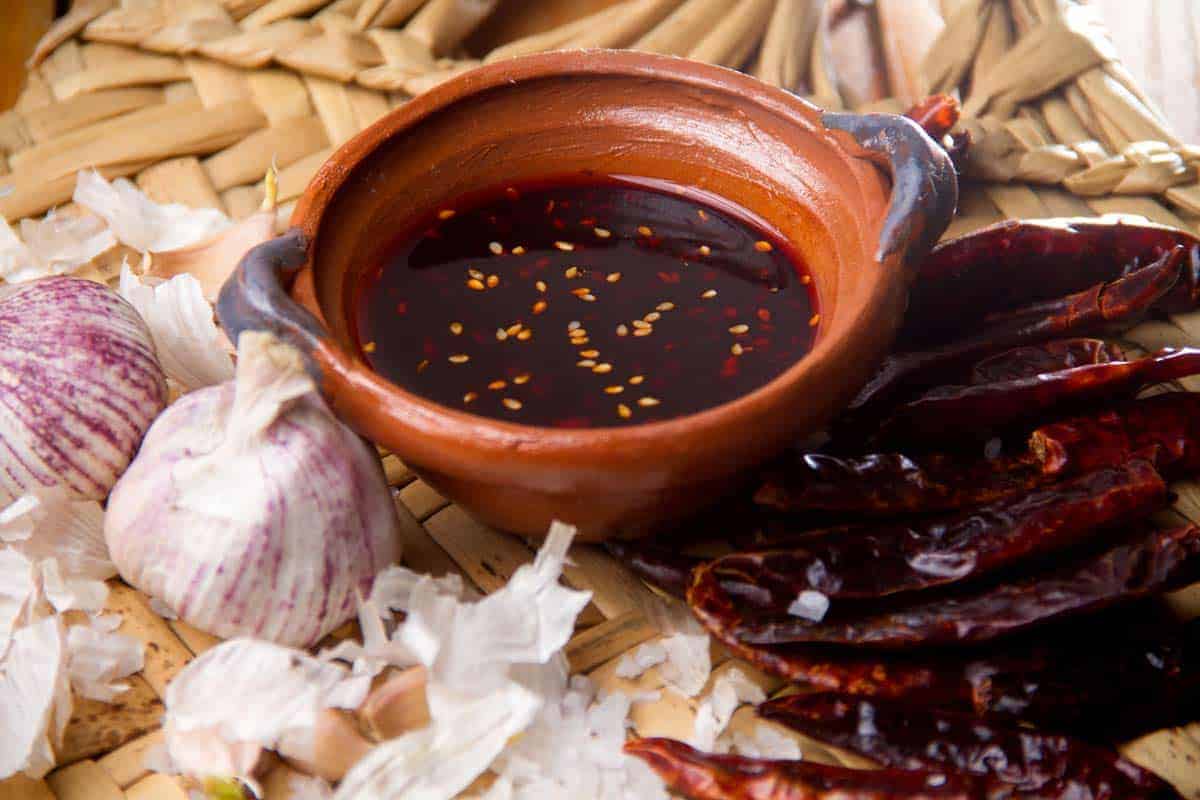 Learn how to prepare the exquisite and spicy salsa macha, one of the most intense sauces in Mexican cuisine. This is a very easy-to-make sauce and perfect to combine with your favorites dishes.

The first step is to pour the oil into a frying pan and turn on the heat. Before it’s too hot add the chili and the garlic and sauté while they give off a delicious aroma. You can reduce a bit of the fire so they don’t burn.

When they reach a golden brown color, remove them from the heat and let them rest.

Once they’re cold, put them into a blender and add the chicken bouillon cubes and the salt. Blend until obtaining and homogeneous mixture. Store it and enjoy it.